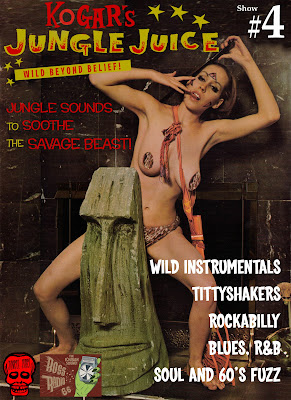 Posted by Kogar the Swinging Ape at 5:12 AM No comments:

Lux and Ivy Interview with The Ghost Who Talks 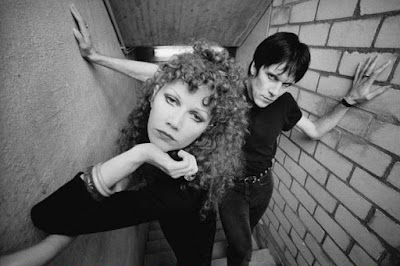 Here is a great interview with Lux and Ivy from The Ghost Who Talks, aka Steve Walker, from his show, The Skull Cave on 3RRR out of Melbourne Australia. It starts off a little slow, but heats up pretty quickly. The Ghost is obviously a fan, and he asks some great questions and has great rapport with Lux and Ivy.

This came from a tape that I recently received from a friend in Australia. It was marked "Cramps Interview '91," but the little advert that plays promoting that nights show says 1990, so let's go with that.

Hear them talk about Mad Mike, Strippers and Timothy Carey ejaculating on the print of The World's Greatest Sinner (among other fun topics)!

The Ghost Who Talks Lux and Ivy Interview 1990

Also, 3RRR is still going strong. I highly suggest you check out Bruce Milne's fabulous show WHERE YO IS.  All his shows can be accessed at this link. WHERE YO IS!

Posted by Kogar the Swinging Ape at 1:39 PM 1 comment: 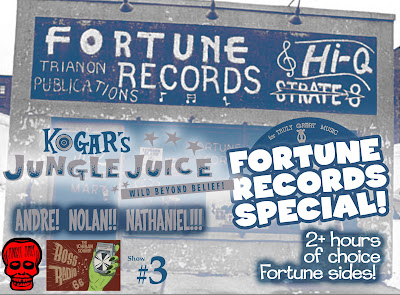 Posted by Kogar the Swinging Ape at 2:37 AM No comments: 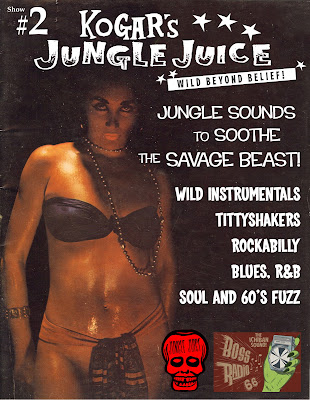 Posted by Kogar the Swinging Ape at 2:36 AM No comments: 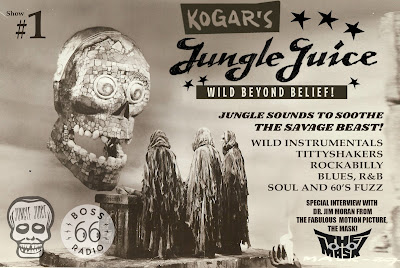 Welcome to the first episode of Kogar’s Jungle Juice for Boss Radio 66!  A little background for everyone. Back in the early 90’s I did college radio (didn’t everyone?) in Manchester NH. Our college had a low power antenna and had about a 10 mile radius.  WRND (RADIO NOTRE DAME) ticked off a lot of people, not the least of which was the local (awful) classic rock station in the area. Our little station finally gave kids in town an alternative to George Thorough-Bad and his ilk. Radio was addicting.  My show, or our show, was called Broadcast Masterpiece. A nice mix of alternative/classic punk and something else I was just getting into; “oldies,” or music from the 50’s and 60’s.  I think it went on for about 5 – 6 years?
Year’s after that, I still hadn’t lost the Radio Bug, and did a show that lasted about a year in Portsmouth NH on WSCA (which is still going strong I hear), called Radio Kogar. This show was a mix of mostly modern garage punk and 50’s and 60’s stuff.  But the hour long drive each way got a little old and I had to let it go, as I was too busy concentrating on my band at the time.


Since then, it seems like EVERYONE has a show. For years I declined when people asked me to do one, as I felt it would just be ANOTHER show clogging the “airwaves.” I, myself barely have time to listen to the 3-4 shows that really knock my socks off.


Well, with all this lockdown going around, I figured I’d give it another go. Kogar’s Jungle Juice will basically be the aural version of my blog of the same name, and the stuff I’ve been posting on the Ichiban/Boss Radio 66 blog. Plus, getting the opportunity to interview Dr. Jim Moran from The Mask was too much to pass up. I will try and do a new show every month or so…


Thanks to Adam Fitch for the promo layout, and Olaf Jens for the KJJ lettering!
Posted by Kogar the Swinging Ape at 9:11 AM 2 comments:

Let's Go Down in the Congo! 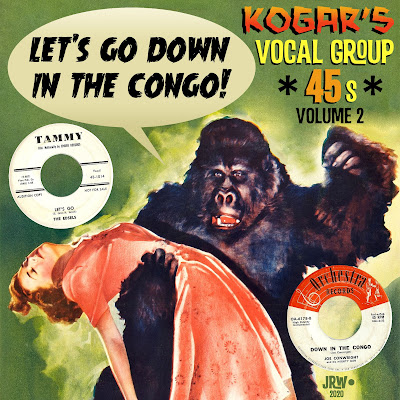 Get volume 2 of my vocal group 45's over at Ichiban!

Let's_Go_Down_in_the_Congo!
Posted by Kogar the Swinging Ape at 9:03 AM 3 comments: 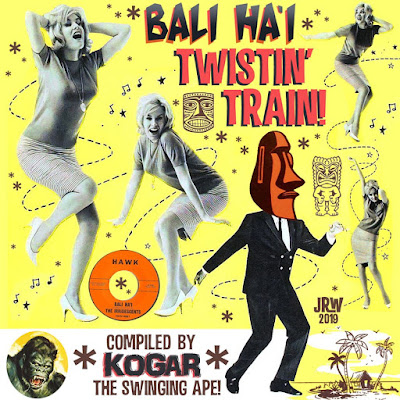 Get my new instrumental 45 compilation over at WFMU's Ichiban!

https://wfmuichiban.blogspot.com/2019/05/bali-hai-twistin-train.html
Posted by Kogar the Swinging Ape at 8:59 AM 7 comments: