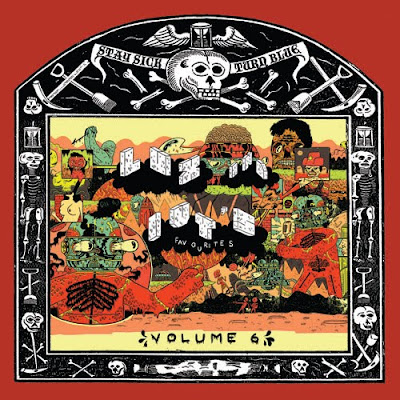 Sorry for the delay in getting this finished!

Part of the problem was the winter blahs setting in (sadly, the time when I have the most time to do stuff like this is also the time when I really don't feel like doing it!), and the other problem I was running into was finding decent version of the songs (thus the "remastered" part!).

I think this version is a bit better than the version that already exists. There are a few songs with infinitely better sounding files like a pristine copy of Slide Her Under the Door. It almost sounds TOO good. I was so used to the version on the Wavy Gravy LP (which was taken from a cassette tape!), that this new version took some getting used to.

The other thing I'm most proud of is the Psychedelic masterpiece that Michael Deforge came up with for the cover of this edition. There are more ideas per square inch in this piece that I get lost in it every time I look at it. As part of the download, I've also included the original that he sent me so you can really get a good look at it.

For information, or to see more of his artwork check out http://www.kingtrash.com/

As usual, Adam Fitch put everything together art wise. Thanks to him and the people who helped finding some of the better versions of mp3's.