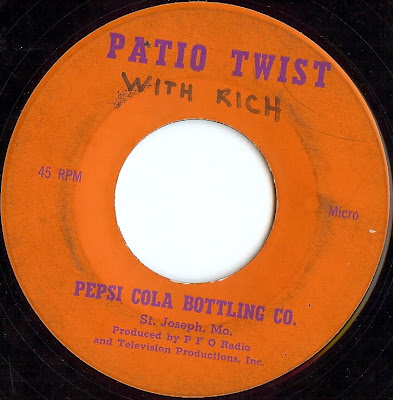 Ok, I know I'm cheating a bit by posting this here, because I already posted it over at the WFMU Ichiban Blog (which you should totally be checking out, as it will "go live" any day now!), but here it is again, with a little bonus.

Years ago, I came across something called "the vip vop tapes". Tapes made by Lux Interior that featured all kinds of great tracks, some well known, and some damn near UNknown. One of the tracks was this P-A-T-I-O twist. Only half the track was really included (or so I thought, it ends up being a really short track), plus it was in less then steller quality.

For years I had been trying to find the PATIO TWIST. At one point, someone uncovered this 45 called the WAKR TWIST, and it was damn near the same song, but with slightly different lyrics!

Turns out it was a Pepsi Cola Promo 45!

As soon as I posted this people from all over were emailing me about the fact that the PATIO drink was featured on MAD MEN. I wouldn't know as I don't watch that show.

The funny thing is, that the people behind these 45's were probably from some ad agency that sold the jingle to various people all over the US. WAKR being a famous Ohio radio station. The Pepsi 45 coming from Missouri.

So, needless to say, the PATIO TWIST will be on the (far off) upcoming edition of Lux and Ivy's Favorites.

Here, for your listening enjoyment (?) are rips of both records.

http://www.mediafire.com/?kjidky5twaz
Posted by Kogar the Swinging Ape at 1:28 PM 3 comments: 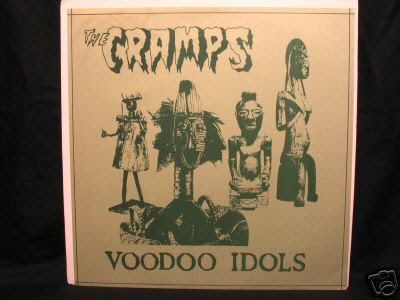 Here is the complete recording that was used for the classic Cramps bootleg, Voodoo Idols. It's a great soundboard recording of a show The Cramps played at a place called Crazy Al's in Indianapolis in 1981.

http://www.mediafire.com/?jxgdmm4hynt
Posted by Kogar the Swinging Ape at 10:28 AM 8 comments: