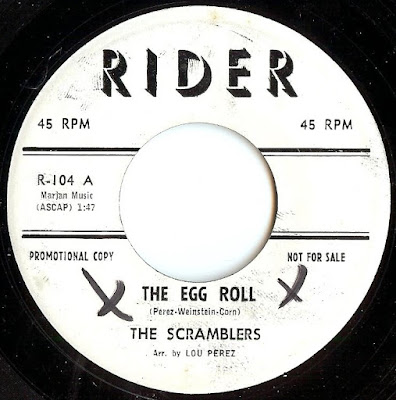 Ok,  here's the show from last week's Psychotic Reactions with Pip. So at this one, of course Pip and I were early for the first time ever! Buuuut, there was a live band scheduled to play during the 4 O'clock hour and they were late, so they bled into Psychotic Reaction's time slot.

Some background. I've known Pip for well over ten years. He's a good friend, but at the same time, we can disagree pretty strongly about things.  So for YEARS I've been doing his show, and for YEARS he's wanted to do an all "Asian" show.  So when we did the show last week with Howie, I had said to him that I was going be back in town the following Wednesday for the Damned show at the Paradise (which is close by to the station).

Immediately, he wanted to do an all "Asian" show! Matt, the DJ after Psychotic Reactions offered up his slot too to make it a 2 hour show. So my original plan was to do an hour of "Asian" and hour of what I call "Jungle Juice." My usual mix of vocal group, instrumental, R and B, etc type stuff.

I took a few hours to put together a solid mix of "Asian" stuff and some recent acquisitions that I really wanted to play on the radio.  But when we got together he had brought some CD's and an LP of Oriental Rock and Roll. I had wanted to do an all 45 show and I had plenty of material to do so.

What you get here is 85 percent of my 45's and then a bunch of items off LP and CD in more of a "theme" which is what Pip wanted to do (which is ultimately fine, as it's HIS show), but I feel the flow kind of was hurt by not previewing the songs and trying to do theme sets (that's why all those Karate songs are at the end).

That being said, it's worth a listen and I hope you dig it....

Psychotic Reactions with Pip featuring Howie Pyro and (wiping up the rear) Kogar the Swinging Ape! 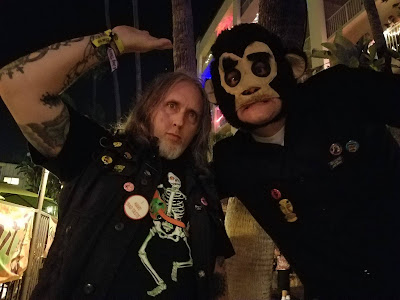 It's been a suuuuper long time since I've guested on Pip's show.  Luckily Howie Pyro was in town and he consented to be (tormented) by us on WZBC!

Here is the recording for future generations to be irritated and annoyed by. There are a few minor clicks here and there, which I apologize for...

Thanks Howie for all the larfs and I'm glad we were able to get you to the show on time!  Too bad we didn't have the time to talk about the guy who called in and was trying to tell us a great way to do an echo without having the effects. But that included being in a bathroom....which, clearly we did not have during the making of this show!