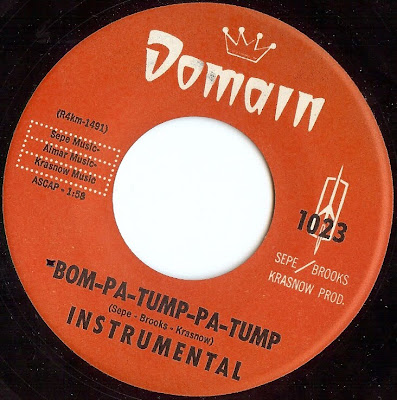 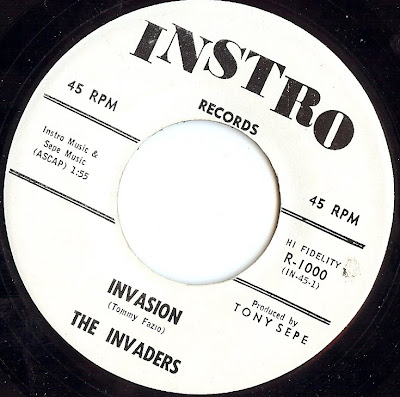 Sorry I've been a bit lax lately posting 45's on this here blog (as a side note, don't miss my Jungle 45 of the Week posts over at WFMU's Ichiban page), it's been a busy summer.

Here is the first in an ongoing (hopefully) series of posts regarding 45 oddities that I've come across. This one's a doozy (and if anyone knows the answer to questions posted below, go ahead and chime in!).

As frequently happens to me, I had a cassette with no track listings. On this cassette was a familiar instrumental, but I couldn't place it. I asked around and other people said the same thing. One such person was DJ and all around cool guy Howie Pyro. He noted that he recognized it, but could not place it. Identifying instrumentals is a tough job. He said he'd keep an eye out for it and let me know.

So a few weeks go by and I get this email: Howie had found the record, it was the flip of Don't Let Go by Round Robin and Yvonne Carol on the DOMAIN label! The odd thing was that the b-side had no notation other than INSTRUMENTAL (no writing credit, nothing).

So I set about looking for the record, without much luck.

ANOTHER few weeks go by and I get another email from Howie: He was at a club and a DJ was cuing up a 45 and it was THAT song, but on a DIFFERENT 45! This time attributed to Lloyd Thaxton! It's the b-side of Pied Piper Man, again on the DOMAIN label. You can see a scan above, but this time it had a name Bom-Pa-Tump-Pa-Tump! Where this name came from is beyond me...

This 45 was a lot easier to procure and within a few weeks I had a copy.

THEN a few days later while driving to work, the same song popped up on my Ipod! I knew I had heard it before! Trying to keep my car on the road, I checked to see what song it was. This time, it was attributed to The Invaders and the song was called Invasion!

Not sure why this song has popped up on many different releases (are their more?!), but here it is for your listening enjoyment. The release on the Instro label is a bootleg. I have no idea if it was originally was released on that label. The song is available on Strictly Instrumental volume 10, but the quality is nowhere near as good as the LLoyd 45. It sounds like the Strictly Instrumental version was mastered from the Invaders bootleg because the sound doesn't sound that great.

Adden-dumb: Howie says that the b-side to the Round Robin 45 was called UP AND DOWN, but with no writing credits, etc!
Posted by Kogar the Swinging Ape at 1:39 PM