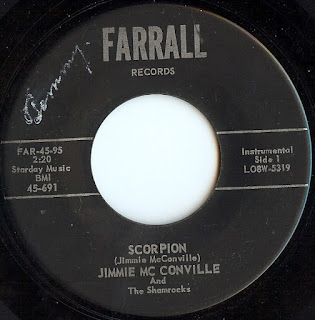 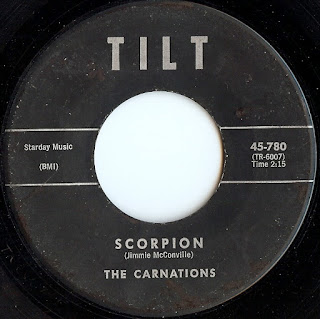 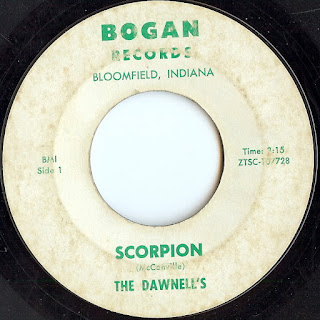 Here are 3 different versions of one of my favorite instrumentals, Scorpion!

The original version of this song came out in 1960 by Jimmy Mcconville. A few years later he formed another band, The Carnations and re-recorded the song.  The Carnations version was the theme song for Louisville KY DJ Jack Saunders.

I just recently found a third version by an Indiana band called the Dawnell's.  This one released in '65. Fascinating to hear what a mid sixties band did to the song.

I'm also including their fantastically inept take on Little Egypt from the flip side!