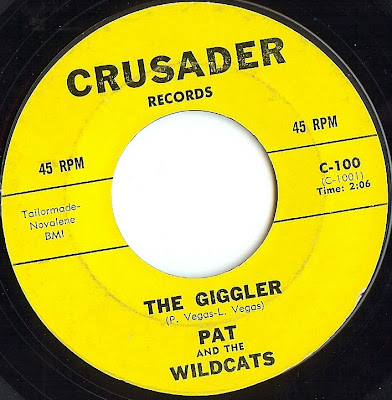 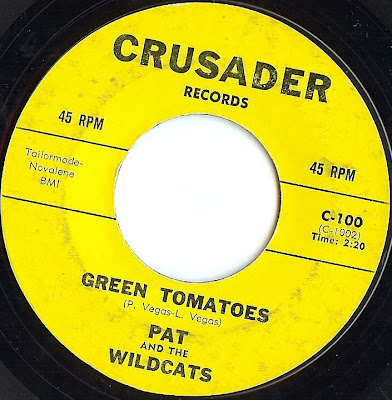 This is (apparently) a hard to find record. There is a brief mention of it on the INSTROMANIA website, and I can only see that the b-side has been comped before (on the great cd-r series THE DOG'S BOLLOCKS OF AMERICAN ROCK AND ROLL INSTRUMENTALS). The b-side is a nice take on green onions, but the a-side is the winner here.

It's "The Giggler!" The song starts with a creaking door sound, and then a great high pitched giggle. The music just throbs and pulses with some great guitar. The only thing that could make it better is if there were some deep throated narrator saying; "THE GIGGLER" at certain points of the song.

The Giggler was apparently used on Ghoulardi's show, but i've never seen it listed as a tune he used (either online, or in the Ghoulardi book). I have it on good authority from a Ghouardi fanatic, that the Giggler was indeed used on the show at one point. That's good enough for me.

This is a killer 45 that has to be somewhat rare, since the song has NEVER been comped that I can tell, and an internet search reveals almost nothing.

My copy of the 45 has a few clicks and pops, but you can probably live with that since the song is so amazing! Play it again and again and start giggling!